So just how long has Phish’s Baker’s Dozen been in the oven? The Baker’s Beat presents a 13-part historical conspiracy theory aiming to explain the events that have paved the way for Phish to hold a 13 night residency at the World’s Most Famous Arena. 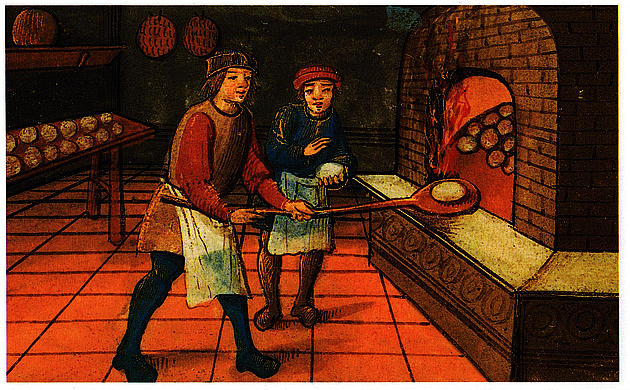 13th Century, England: The phrase “baker’s dozen” phrase emerges from laws specifying the weight of bread loaves.  Baker found short selling their customers were punished, so they insured themselves of making weight by including an extra thirteenth loaf in a dozen. 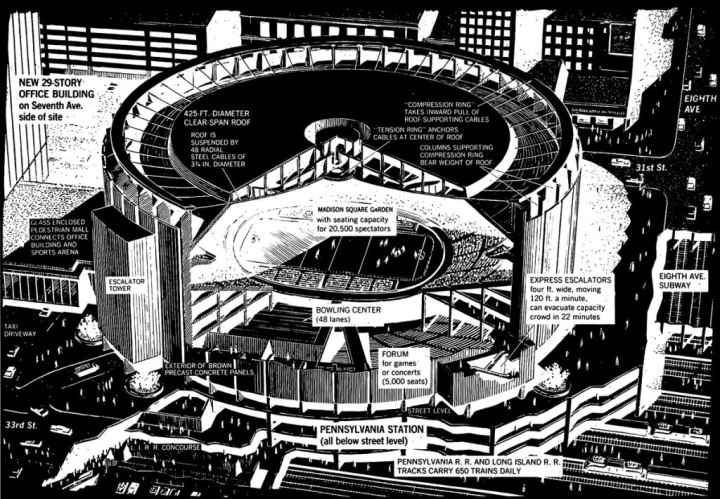 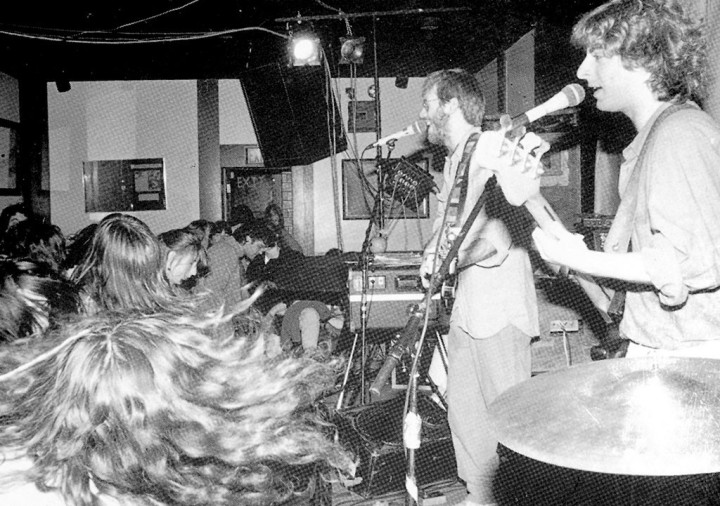 “It was on the Nectar’s main stage that Phish really gelled.” – Parke Puterbaugh, The Phish Autobiography.

“‘When we started the band, for all intents and purposes, we had a residency. We used to play at the same place…we played long, multiple nights there…we lived about 600 yards from Nectar’s, so it was very comfortable and homegrown. We kind of always looked for that, even when we started our own festivals. We’d set up in the middle of nowhere for three days. It was the possibility of a certain kind of looseness. That was the idea.’

Actually, Anastasio expects “The Baker’s Dozen” to be like those nights at Nectar’s in one vital respect – the crowd. ‘I know people that will be at ‘The Baker’s Dozen’ who were at Nectar’s, a lot of them,’ he says. ‘We’ll be up on stage, but everybody will be in it together.'”- Trey Anastasio in interview with Rolling Stone’s  David Fricke, May 2017. 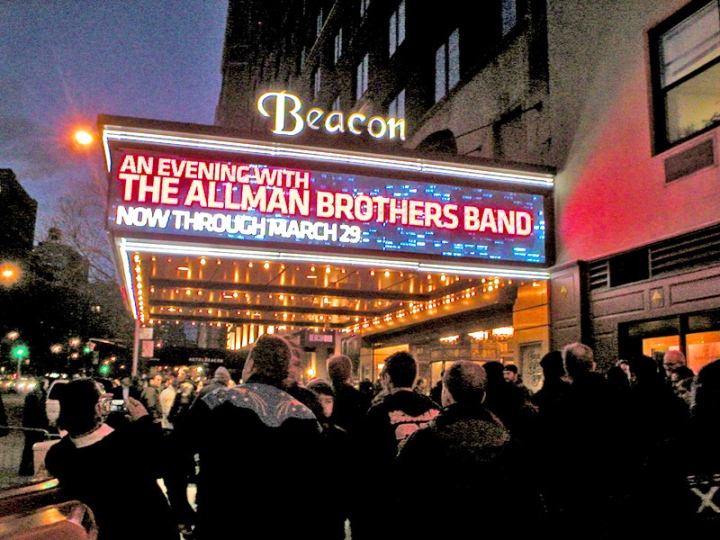 March 1992: The Allman Brothers Band holds a 10 show residency at the Beacon Theater in New York City. The Allmans would continue to hold an annual spring “Beacon Run” for 22 years until the band’s retirement in 2014, performing over 230 shows at the venue during that period, solidifying a musical legacy in the City that Never Sleeps despite outsider status, and helping to legitimize the concept of the rock & roll residency. 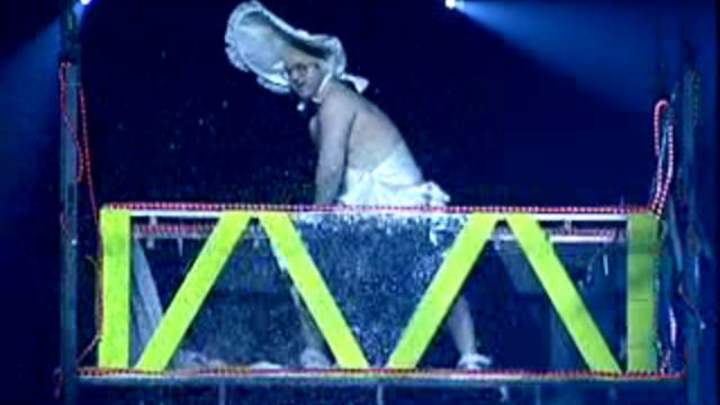 December 30th & 31st, 1995: Phish performs it’s first multi-night run at Madison Square Garden, culminating in a three set New Years Eve show that is widely held as a top-3 show by the band. Coming just four months following the death of Jerry Garcia, the 1995 New Year’s run represented an incredible opportunity for Phish to reach new audiences on the world’s biggest stage: Madison Square Garden. This historic run helped set the trajectory for Phish as a touring act for years to come and build the band’s reputation for “coming through” in moments of high profile and heightened expectation. Phish went on to host its 1997 and 1998 New Year’s Eve runs at Madison Square Garden as well, establishing the venue as it’s default home for annual, year-end, multi-night runs. 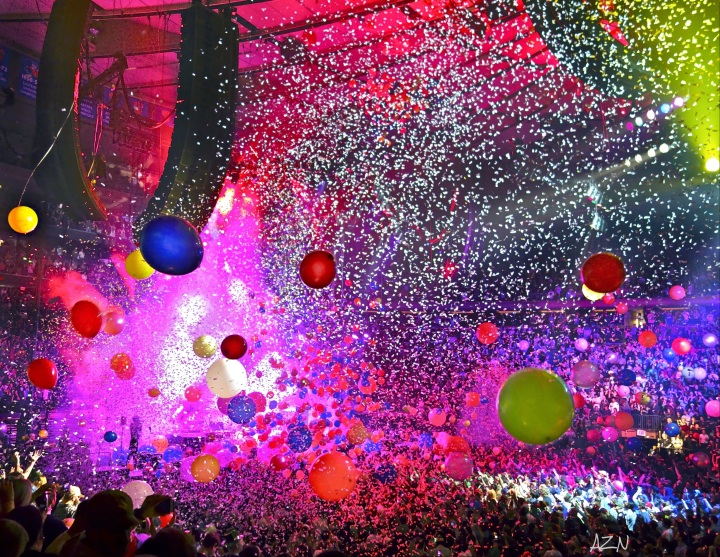 December 31st, 2002: Phish returns from its first hiatus with a thunderous and building “Piper” on New Year’s Eve 2002 at Madison Square Garden. Aside from their 1994 debut at the Garden, this show marks the only time Phish has performed for a single night at the venue – and marks the only occasion (to date) upon which they’ve made it snow inside of the arena. Sadly, it would also mark the only time the band performed at MSG in the 2.0 era, their next appearance at the venue coming nearly 7 years later in December 2009. 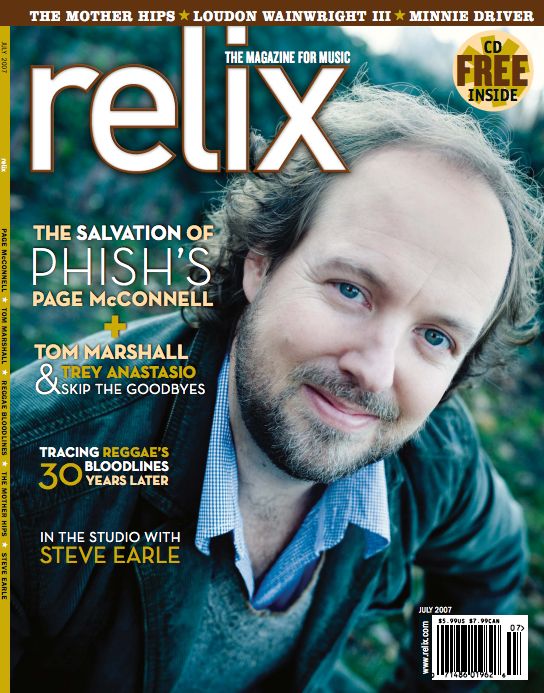 “McConnell acknowledges that drugs were one of many factors that put strain on the band in the later years, but the force he thinks most sapped their creative spirit in those periods was the sheer repetition of the touring life, with many of the other struggles stemming from that…

‘We were going back to the same places tour after tour – the same routing, the same faces, the same sheds, the same arenas,’ he says. ‘It was cookie-cutter. And if you keep doing the same thing over and over again, there’s going to be a certain amount of boredom that’s going to accompany that. Then, how that manifests itself could be in any number of different ways…I’m not pointing the finger necessarily, but there wasn’t very much effort put into giving us the space to create,’ he says. ‘We had to carve it out ourselves. In a certain way, the cart did begin to push the horse.;

One casualty: creative touring concepts were rejected because they weren’t economically feasible. The band considered doing one tour to just play the seven U.S. states they’d never played. Another idea had them playing a “baker’s dozen” of shows – 13 nights in Madison Square Garden, say, or, adding another layer of classic Phish humor to it all, the Providence Civic Center, rebranded by corporate interests as the Dunkin Donuts Center. Riffing on that absurdity, the band imagined giving away free donuts and even basing the theme for each show around that night’s variety. For “Boston Crème,” a setlist might have included covers of songs by Boston and Cream. 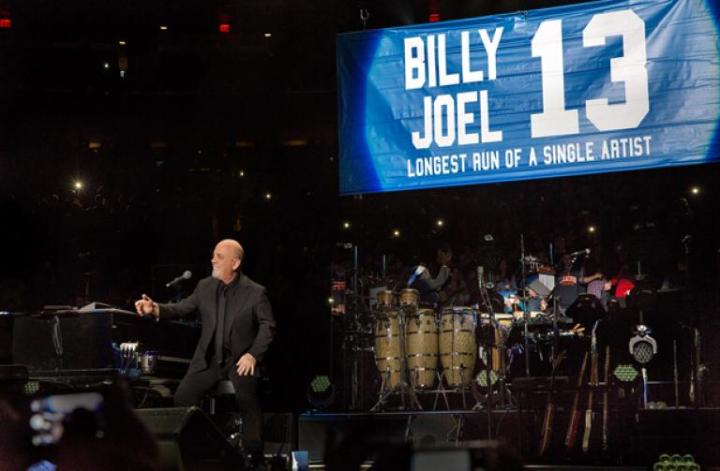 January 27th, 2014: Billy Joel kicks off a once-show-a-month residency at Madison Square Garden, promising to continue “as long as there is a demand”. MSG Entertainment embraces the partnership by dubbing Joel “The Next Garden Franchise”. Joel performed at least once per month at the venue for 41 consecutive months before postponing his June 2017 performance and snapping the streak. The Piano Man currently has one show per month scheduled at MSG from July-December and will look to extend his record of 94 headlining performances at the Garden in 2018.

Just a month earlier, Phish lyricist Tom Marshall tweets the following: “Phish, 4-nights MSG, all originals, no repeats, put THAT bread in your jar piano man!”. This comment is combined with other online phan speculation that Billy Joel made condescending comments about Phish’s original music repertoire when trying to schedule the first dates of his residency. To date, some Phish phans believe in a theory that the band has a lighthearted rivalry with Billy Joel, or that his comments motivated the band to become even more invested in making the venue it’s home away from home. 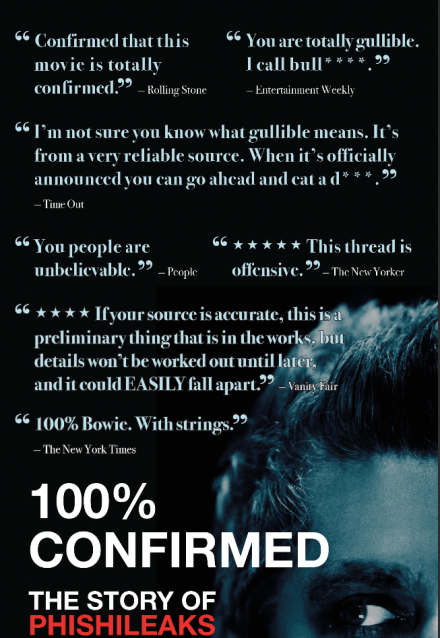 “Hopefully we’ll go somewhere – somewhere spiritual,” Anastasio counters cheerfully. “We think of it as a residency. We’ve been talking about it for a number of years. When we started the band, for all intents and purposes, we had a residency. We used to play at the same place…I know people that will be at ‘The Baker’s Dozen’ who were at Nectar’s, a lot of them,” he says. “We’ll be up on stage, but everybody will be in it together.”

“The idea was always “The Baker’s Dozen” – buy 12, get one free [laughs]. Traditionally, a residency is something that really works for people who improvise. You get used to the room; you get comfortable and loose…There is definitely an energy, definitely a sound at the Garden. It actually vibrates. [The arena sits over the Penn Station railroad terminal.] The whole room goes up and down – so much so that the mic will swing back and forth and bump you in the nose. When people start dancing, the mic stand will sway, depending on the tempo.”

“We’ve been very consciously open about this. There has not been a lot of nailing down. The mystery of it is weird, to be set up in this one place for a long time. But we’re relaxed about the whole thing. I think the relaxed feeling is the point of doing a residency.

The idea grew organically: “What if we just stayed here for a long time?” At the Garden, we always have our band rooms in the same place, the rooms for family and friends. Everybody’s hanging around. You get backstage, and you feel like you’re home. Sometimes the soundchecks are so loose. And you have to wonder: How much of that looseness is about the place?” – (from Rolling Stone interview with David Fricke)

Why did you go with 13 shows at the Garden, right off the bat? You didn’t put some dates on sale, then add more. It was like you were setting up for two weeks in the largest club in the world.

“I’m just so pumped for that run. I was talking to Fish about it a couple days ago, he’s locked in his studio up at his farm playing the drums, but he’s not doing anything specifically for The Baker’s Dozen, though he’s focused on it. He told me he’s just playing these amazing calypso tunes that he found online. He sent me a couple of them, one called “Voices In The Ghetto” by Singing Sandra, which has this great groove.

To date, he is the only band member who has spoken in the press about the residency. 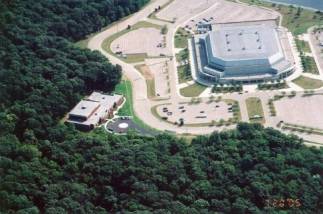 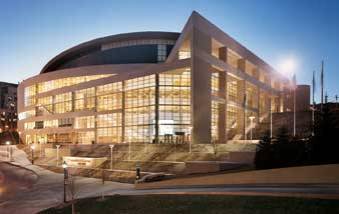 July 18 & 19, 2017: Phish leads into the Baker’s Dozen residency at Madison Square Garden with indoor shows at Dayton, Ohio’s Nutter Center & Pittsburgh’s Petersen Events Center. The band’s decision to play its only one-and-done shows of 2017 in two small-to-mid market Rust Belt cities presents the ever-intriguing “sleeper” show corollary: will the band treat the shows as technical and/or musical “warm-ups” to the high-profile New York City shows, or does the low-profile nature of these standalone shows encourage the band to take even more risks and make even more fun than usual?